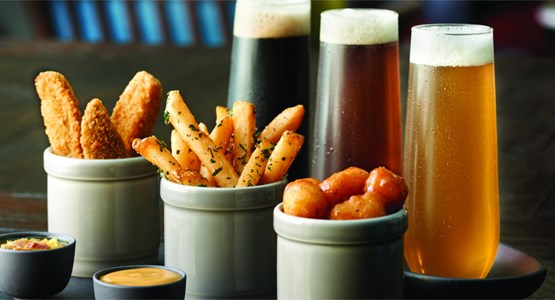 Craft beer is becoming the preferred partner for meals and snacks in restaurants, spurring an increasing number of operators to promote food-and-beer pairings to boost traffic and sales.

The National Restaurant Association recognized food-and-beer pairings as a top beverage trend in its What’s Hot 2018 Culinary Forecast. Driving the trend is the growing variety of craft beer styles that make matching easy with virtually any menu item. The broadening spectrum includes trendy sour brews like gose, Berliner weisse and citrus-flavored shandy and radler to classics like pilsner, IPA, pale ale and stout, reports market research firm Datassential. It all adds up to an unparalleled opportunity for mealtime matching.

This is occurring against the backdrop of burgeoning growth in the craft beer industry. Made typically by small, independent brewers using traditional ingredients,

Craft beer rose 8 percent in sales last year to account for more than 23 percent of the $111 billion U.S. beer market.

Meanwhile, restaurant operators are building their beer lists to leverage the trends. At Growler USA, a chain of craft beer pubs based in Centennial, Colo., the typical restaurant features up to 100 taps representing the gamut of brew styles. Most servers are certified cicerones, or trained beer specialists, ready to guide patrons through the pairing process.

“We encourage you to find something that stands up to what you are drinking,” says Jessica Salrin, Growler USA director of marketing.

The possibilities range from hearty stouts and porters paired with cheese dishes to hoppy IPAs with spicy foods to lighter sours and pale ales as accompaniments to salads. In addition, beer is promoted as a natural complement to menu items prepared with beer, such as the ale-infused red onion marmalade on signature burgers, beer cheese soup with amber ale and pilsner sauerkraut on the Brewben (reuben) sandwich.

Similarly, the pairing possibilities are many at Quaker Steak & Lube, a casual-dining restaurant chain based in Westlake, Ohio. The typical restaurant offers about 20 draft selections divided among popular craft brews, major domestic lagers and local favorites.

"The culinary principle of “sweet cuts heat” is handy for matching brews with spicy fare."

For example, an American IPA with fruit flavor nuances might be a congenial companion to signature wings with spicy sauces like Korean BBQ, Dusted Ghost Pepper and Triple Atomic.

Domestic light lagers satisfy guests who seek a cold quaff more than a new flavor experience. “They don’t care if the hops are Amarillo,” says Salupo. “They just want to have fun and a few beers. Yet we also cater to guests who want more full-bodied flavor.”

The Power of Suggestion

Suggesting brews as an accompaniment to signature menu items is a tactic employed by a growing number of successful operators. Take the wide-ranging beer-and-pizza pairings on the website of Uno Pizzeria & Grill. For example, crisp American pale ale counters the heat of Spicy Hawaiian Chicago Thin Crust Pizza.

The “sweet malt and nutty aroma” and “generally less bitter” flavor of amber lager is touted with hearty Meat Market Deep Dish Pizza. At Whetstone Station, a restaurant and brewery in Brattleboro, Vt., the menu is dotted with “brewer’s tips” for pairing. They include brown ale or porter with bangers and mash, crisp lager with chicken schnitzel and hoppy ale with house-made, Cajun-spiced dill pickle.

At Dusek’s Board & Beer in Chicago, the menu features the Ordinary, a weekly food and beer pairing offer. An example is seared scallops with tarragon creamed corn and avocado salsa, teamed up with Belgian-style white ale, priced at $30.

One of the most popular arenas for beer pairing is the realm of appetizers, small plates, starters, tapas and noshes — light items that are fun, flavorful and easy to share. “We’re focusing heavily on bar bites because research shows that food is actually pretty equal with drinks in terms of what drives people into restaurants at happy hour,” says Salupo.

Growing traffic and sales is an ongoing challenge in today’s restaurant industry. Operators would do well to follow the craft beer trend and cater to the rising consumer interest in pleasurable beer-and-food pairings. 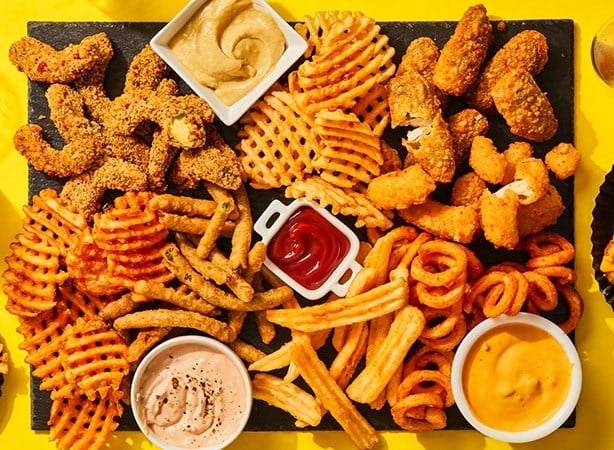 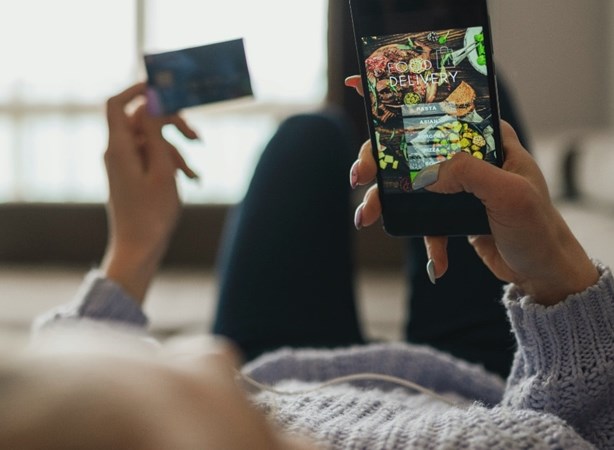 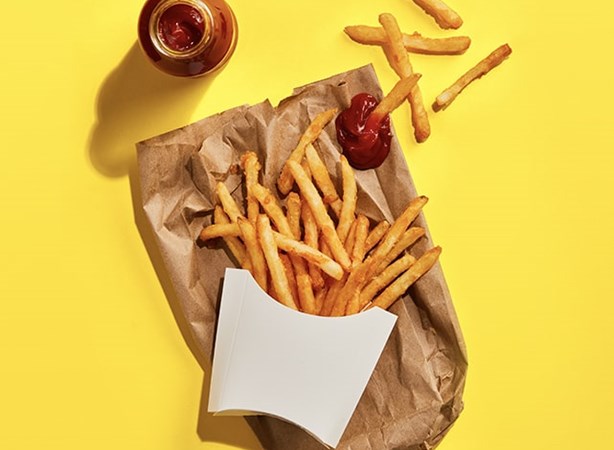