The growing popularity of breakfast as an afternoon or evening meal is prompting restaurateurs and chefs to explore innovative ways of incorporating breakfast foods into other dayparts.

Catering to consumer demands, paying attention to flavors, staying true to their concepts and not being afraid to experiment is helping restaurants tap into this growing trend.

When asked what consumers ate in the trailing two weeks for its Breakfast Keynote Report, Datassential, a Chicago marketing research firm found:

The report demonstrates consumers find breakfast flavors and foods especially craveable during other dayparts. “Breakfast as a p.m. dish offers a number of opportunities for operators to capitalize on, thanks to many non-traditional platforms for eggs and breakfast proteins — from burgers to stir fry and beyond,” says Datassential marketing coordinator Joe Garber.

Eggs lead the way on lunch and dinner menus. Citizen Beverly Hills in Beverly Hills, Calif., added an organic sunny-side-up egg to its salad menu, says chef Seth Greenburg, noting that customers are always asking to add a fried egg to burgers or other items.

“It’s our most commonly added item to anything,” Greenburg says. “Customers will ask, 'Can I get an egg with that.'”

The most popular item served at both lunch and dinner at Citizen Beverly Hills is the cheddar biscuits, made with smoked honey, chives, sea salt and crème fraîche. “Everyone likes breakfast for lunch, and cheddar biscuits fill that need for later in the day,” Greenburg says.

Other popular breakfast flavors showing up on lunch and dinner menus include:

The Datassential report noted that breakfast flavors in the afternoon and evening also work well in portable formats, such as French toast sticks , chicken eggrolls and fried hash brown patties filled with bacon, egg and cheese.

Touch restaurant in Springfield, Mo., offers a twist on shrimp and grits with polenta that features three spicy shrimp cooked in a Dr. Pepper reduction and topped with an over-easy organic egg.

With the hopes of building on its popular chicken and waffles dish introduced three years ago, Slim Chickens is now testing other waffle-oriented menu ideas, says Sam Rothschild, chief operating officer. About 40 percent of the waffles are sold at the drive-thru in the afternoon and evening.

“When we look at the breakfast trends — people eat breakfast for dinner now,” Rothschild says. “Customers like the sweet and savory profiles.”

For savory flavors, Hashbrowns Café in Chicago serves it’s moniker throughout the day, offering hash browns made from sweet potatoes as well as Idaho potatoes topped with cheddar cheese, onions and sour cream. To help save on labor costs and streamline kitchen operations, many operators rely on prepared hash browns and other premium potato products to meet the demand for breakfast dishes throughout the day.

No matter how they choose to incorporate breakfast food items, flavor has to be the No. 1 driver and inspiration, says David Cohen, executive chef of Oren’s Hummus, a four-unit Israeli-inspired concept based in California’s Bay Area.

“You can do anything as long as you stay true to your concept, listen to what your customers want and be a little creative,” Cohen says.

Global flavors are influencing breakfast offerings as well. Oren’s Hummus added a breakfast menu to its new San Francisco location because of its proximity to the convention center. The menu includes a popular Israeli breakfast, which consists of two eggs, turkey sausage, goat cheese, roasted pepper, olives and a side salad of cucumbers, tomatoes, and red onions in a light lemon olive oil dressing. The dish is accompanied by a bread tower of two croissants, two gluten-free macaroons, jelly, butter and nut butter.

The breakfast menu is particular to the San Francisco location, but all of the Oren’s Hummus restaurants serve shakshuka — an Israeli egg dish that is menued at lunch or dinner.

“It’s super good, very flavorful and really healthy, too,” Cohen says. “You get that egg protein and it’s filling in the sense of you're full, but not stuffed.”

With consumers continuing to express interest in sampling exciting ethnic breakfast items like shakshuka or even selections from Korea or Sicily, restaurants are catering to those demands with on-trend dishes, according to Datassential’s keynote report.

“As operators seek to update traditional breakfast items and offer more variety, they are looking to ethnic and regional cuisines,” Datassential's Garber says. “This can be a place to test lunch/dinner concepts.”

Whatever culinary strategy a restaurant employs, however, a growing number of consumers are increasingly pleased to find breakfast items offered throughout the day. 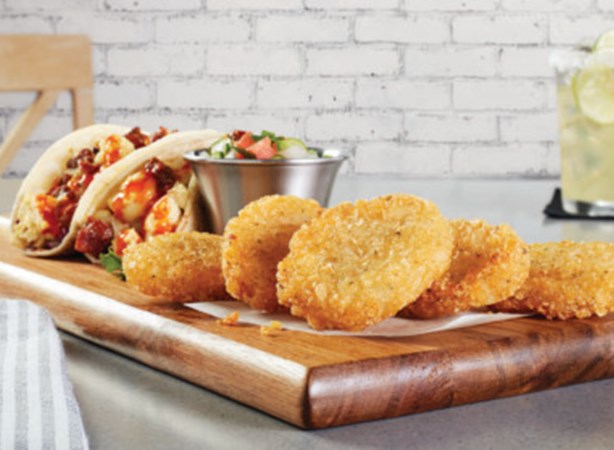 The Rise of All-Day Breakfast in the Full Service Sector 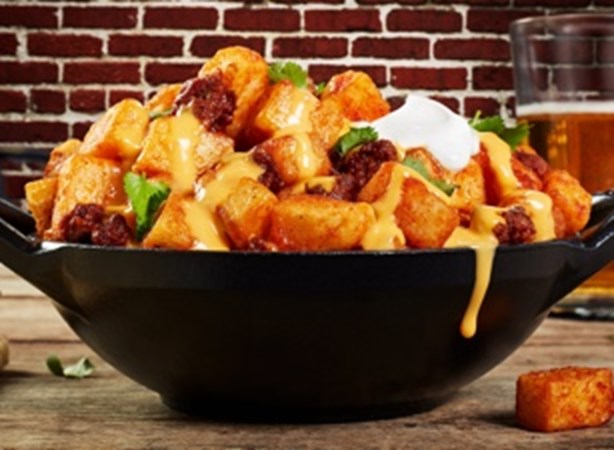